Dov Ofer serves as Chairman of the Board of Directors since May, 2020, after having joined the board in July, 2017. Ofer has also served as Chief Executive Officer of Lumenis Ltd. He served as Executive Vice President and general manager of HP Scitex. Ofer also served as President and Chief Executive Officer of Scitex Vision Ltd. Prior to joining Scitex, Ofer held various managerial positions in high tech. Currently, Ofer serves as Chairman of Magen Eco-Energy RCA LTD, Vice Chairman of Scodix Ltd., and Director of Kornit Digital Ltd.

Ofer holds a B.A. in economics from the Hebrew University in Israel and an MBA from the University of California, Berkeley.

S. Scott Crump served as our Chairman of the Executive Committee of the Board and our Chief Innovation Officer from February 2015 and February 2013, respectively, in each case until May 2020, at which time he was appointed our Chief External Affairs and Innovation Officer, which he served as through August 2020. Mr. Crump also served from June 2018 through March 2020 on the oversight committee of our Board that helped to support our interim chief executive officer in the management of our company during an interim period, and our current CEO, Dr. Yoav Zeif, during Dr. Zeif’s initial period at our company. Since leaving his position as a director on the Board, has served as the technology consultant to the Board. Mr. Crump previously served as Chairman of the Board of our company from the Stratasys, Inc.- Objet Ltd. merger until February 2015, as Chairman, Chief Executive Officer, President, Treasurer and a director of Stratasys, Inc. from its inception in 1988 until the Stratasys, Inc.- Objet Ltd. merger, and as Chief Financial Officer of Stratasys from February 1990 to May 1997. Mr. Crump was, with Lisa H. Crump, his wife, a co-founder of Stratasys, Inc., and he is the inventor of our FDM technology. Mr. Crump holds a B.S. in mechanical engineering from Washington State University.

Ziva Patir has served as a Director since 2013. Patir also serves on the Board of Directors at ELTA Systems Ltd., and Lahav at Tel-Aviv University. Patir served as the Vice President of Standards, Policy and Sustainability for Better Place. Patir served as Chair of the Board of the Road Safety Authority (RSA) in Israel. From 1996 to 2008, Patir held the position of Director General of the Standard Institution of Israel. Patir also served as the Director of the Quality and Certification Division of SII and held various managerial positions in the Industry and Standardization Divisions. From 2004 to 2008, Patir served as Vice President of the International Organization for Standardization (ISO), as well as Chair of the Technical Management board. Patir was also a member of the International Electrotechnical Commission Council Board.

Patir holds a B.S. in chemistry from Tel-Aviv University and a M.Sc. in chemistry/polymer science from the Weizmann Institute of Science, in addition to being a Certified Quality Engineer.

Reis holds a B.A. in economics and management from the Technion/Israel Institute of Technology and an MBA from the University of Denver.

Michael Schoellhorn has served as a Director since November, 2020.  Schoellhorn is the Chief Operating Officer of Airbus, responsible for production, quality management, and procurement for commercial aircraft as well as for information management for Airbus SE, and is a member of the Airbus Executive Committee.

Schoellhorn joined Airbus in February 2019 from BSH Home Appliances (Munich, Germany), a leading manufacturer of home appliances, owned by the Robert Bosch Group (Stuttgart, Germany). Schoellhorn was Chief Operating Officer and a member of the BSH Management Board from 2015 until his departure in 2019.  Schoellhorn started out his career with Bosch in 1999 and held various senior management positions in the automotive sector in the US, the Czech Republic and Germany until he was appointed Executive Vice President for Manufacturing and Quality in 2012. During his time at Bosch, Schoellhorn gained a broad expertise in production, engineering, quality, supply chain management as well as digitalization and end-to-end process optimization.  Before joining Bosch, Schoellhorn worked in academia as a research assistant at the Helmut Schmidt University (University of the German armed forces) in Hamburg (1994-1999). Schoellhorn began his career in 1984 in the German armed forces, where he served as an officer and a helicopter pilot until 1994, with assignments in Germany and the US.

Schoellhorn holds a degree in Mechanical Engineering and a PhD in Control Engineering, both from the Helmut Schmidt University. He is a member of presidency of BDLI (the German aerospace industries association), and of the Baden Baden Entrepreneur Talks, a discussion forum for German business and political leaders. Schoellhorn is also the chairman of the Supervisory Board of Airbus Germany (Airbus Operations GmbH).

Seroussi holds a B.S. in economics and political science from the Hebrew University in Israel. 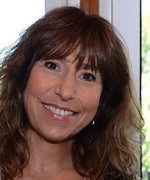 Adina Shorr has served as a Director since July 2018. Schorr was previously Chief Executive Officer and President of Objet Ltd. Schorr was also a Director of Objet Geometries Ltd. and then Stratasys, Inc. from May 2012 to June 2013. Shorr has been Chief Executive Officer and Chairman of the Board of Lucidlogix Technologies Ltd. since November 2013. Before that Schorr was Chief Executive Officer of CellGuide Ltd. from 2009 through 2013. Schorr served as Corporate Vice President of Leaf Products at Creo Inc. from March 2000 to March 2003. Prior to that Shorr served for nine years at Scitex, four years of which Schorr served as the President of the Scitex Input Division. Beginning in 1991, Shorr worked in the United States for IBM in a sales support capacity and for Unisys in Program Management, responsible for the management of the business facets of the Unisys Network Computing Division. Shorr has served as a director of Advanced Vision Technology Ltd. since June 2014.

Shorr holds a BA and an MBA from Michigan State University in East Lansing, Michigan.